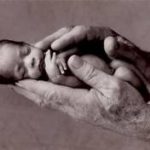 Researchers have been looking into the severity of exposure to particulate matter on the economy and our health. Particulate matter are tiny particles released in to the air by factories, traffic and other industrial operations.

Previous research has indicated that exposure to particulate matter is linked to sever health conditions, such as cardiovascular and respiratory problems and even premature death. This new study performed by New York University indicates that air pollution  contributes to premature birth.

Economically speaking, using a report from the National Academy of Sciences’ Institute of Medicine. Researchers indicate that the U. S. spent approximately $760 million on medical costs pertaining to premature births.

Researches also looked at the cost of lost economic productivity, with past studies that linked premature birth to decreased IQ. In terms of economic loss, not only does that cost negatively impact the economy, but so does the loss of productivity, as those born premature often have cognitive or developmental disabilities which impede on their ability to work later in life.

Researchers estimate that because of the health risks and negative impact on economic productivity, the U.S. lost $3.57 billion in 2010. In total, $4.3 million in total cost from air pollution related premature deaths.

Air pollution is not only a problem in the U.S. but has become a global problem especially where air pollution is a more substantial problems.  This is the time for women and families to advocate for the protection of the economy and their families health

Results from this research can be found in the Environmental Health Perspectives journal.