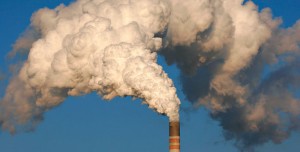 It’s time we start thinking of air pollution as something that has a huge impact in how long we live. Air pollution, believe it or not, it the 4th leading killer after high blood pressure, dietary risks and smoking.  In fact, more people die from air pollution than from alcohol and drug abuse and unsafe sex.  Surprisingly, Air Pollution, kills 5.5 million annually with diseases such as cardiovascular disease and stroke.

More than 85 percent of the world’s population are living in highly polluted areas according to the World Health Organization Guidelines. Power plants, industrial manufacturing, vehicle exhaust and burning coal and wood all release harmful chemicals (VOC’s)  into the air that are harmful to your health.

While the study found that indoor and outdoor air pollution in India and China account for 3 million of those 5.5 million. It also determined that more deaths from air pollution caused diseases are expected over the next two decades unless stricter limits on carbon emission are imposed.

The Global Burden of Disease study is an international collaboration of individuals looking to determine all causes of disability, disease, death and ill health across the world. Researchers at the University of British Columbia and the not for profit  organization, Health Effect Institute out of Boston have analyzed data from 188 countries between 1990 and 2013.

“It’s no wonder that people will overlook air pollution as an obvious health risk factor,” says Michael Brauer, a professor at the University of British Columbia’s School of Population and Public Health. “Air pollution is not that potent to an individual, but everyone is susceptible”.

Of course breathing air is riskier depending on where you live. Monitors installed have shown that air quality has improved in some areas and where it has, there is also an improvement  in health.  In the past 50 years, North America, Western Europe and Japan have made great strides in combating air pollution by using cleaner fuels, more efficient vehicles and limiting the burning of fuels.

We have come a very long way, but also have so much further to go to ensure the best air quality for the future generations.